Complaints about barking dogs, vicious animals or any potential animal abuse should be reported directly to Albany Police at 1 + (510) 525-7300.

The Albany Police Department responds to numerous civil complaints from Albany citizens throughout each year. The complaints usually involve landlord/tenant issues, neighbor disputes, and contract violations. Although there sometimes might be a criminal element involved in these disputes, usually the matter is referred to the civil courts to be handled because the case is

not a criminal matter.

There is a local organization established to handle these types of civil disputes informally through mediation. The "Services that Encourage Effective Dialogue & Solutions" (SEEDS), was established for the purpose of resolving civil complaints. If you have a civil dispute that you have not been able to resolve contact SEEDS, and see if they have suggestions that might work in your case.

The following links are provided for your convenience however, they are not controlled or maintained by the Albany Police Department: 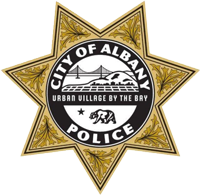