Albany granted its first cable franchise to Vumore Cable Vision in 1969. The 20-year franchise required the cable operator to provide certain “Special Services” to the city, including the allocation of channels to the City and school district for educational purposes. These channels were never provided 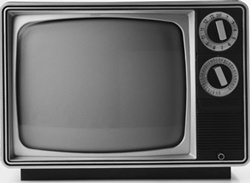 In 1992, the city developed a very ambitious cable television operating plan, which included broadcasts of community meetings, video production training for local residents, and a television production facility as part of the future Community Center. The plan included an operating budget to be paid for from increases in the cable franchise fees. The operating plan was never completely implemented. There were some television production classes offered at Albany Adult School. There was a City bulletin board. There were some video productions made by the school district and Albany residents shown on the access channel. There were a few taped re-broadcasts of City Council meetings. The City never implemented a consistent operating budget for the channel and community access program languished.  By the late 90’s nothing but random snowy images was being shown on the Albany channel.

A group of intrepid Albany residents decided to do something about the sorry state of affairs. The group included Jack Kenny, Bob Jones, Naomi Lucks Sigal and Chuck Sigal, who all had earlier produced content for the Albany channel. They were joined by Albany gadfly Clay Larson. The group convinced the City Council to form an ad hoc committee to provide advice and guidance to the City regarding programming and operation of the local access channel. The committee was formed in December 2002. With staff support from the Recreation and Community Services Department, the committee established new goals and objectives for the Albany Channel. Most importantly, the committee helped establish an operating budget. The committee developed a plan for broadcasting Council meetings and meetings of other boards and commissions. The Council adopted the plan and Albany has been broadcasting its Council meetings since October of 2005. The committee has worked to acquire video editing and playback equipment and has provided some training for residents.

The Albany channel now broadcasts content on a 24/7 basis. We even have call letters: KALB.

Despite this tremendous progress, much needs to be done. We still don’t have the cable TV studio envisioned in the ’92 plan. As a consequence, we don’t have nearly enough locally produced content.  Most importantly, we need to provide more opportunities for residents to learn about video production. Albany is a city with no local newspaper. The coverage of local Albany issues on the major media outlets is spotty at best. The potential for KALB to fill the void here is great, but it has yet to be realized.